Bejay Mulenga is an award-winning entrepreneur aged 24, who just recently won an award from Her Majesty the Queen for Enterprise Promotion and became the youngest person to do so in the process. He founded Supa Tuck at 14 years old, a franchise of student-run tuck shops in schools, which taught students how to run and operate their own tuck shops in school while studying for their GCSE Business studies as a form of work-based training. Over four years, Supa Tuck had grown to over 100 schools and 5,000 students. Aged 18, Bejay decided to remodel and evolve Supa Tuck into Supa Academy as a response to wanting to go more directly to young people outside of school and in the early years of their careers across the UK with solutions to their problems. Supa Academy is a training provider for humans that make, hack, do and sell. Focusing on human acceleration - delivering cross-sector, practice-based learning experiences - providing unparalleled access and enterprise opportunity. Clients and corporate backers of Supa Academy have included brands such as Facebook, Barclays, River Island, Pepsi Max and EE. Away from Supa brand, Bejay has consulted on for Google, Nike, UBER, United Nations and Disney both direct and with larger media agencies. Talent scouted for Syco Music, managed musicians and influencers. Contracted as an Investment Advisor for a large VC firm. 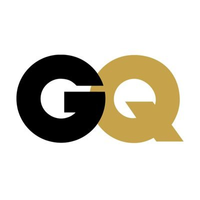 You’re not yet connected with Bejay