Bonita Darkoh is an award-winning digital advertising professional, specialising in content and campaign strategy. A double Business Management graduate, awarded at Bachelor’s Honours and Masters level. Bonita is an diversity and inclusion advocate, representing major brands in presidency, panels and leadership teams to help build strategies to recruit diverse pools of talent. She is a firm believer in using her professional expertise to fuel and support the creative industry. She does this by dedicating time out after her 9-5, working as an Arts and Culture Editor At Large at GUAP magazine, the world’s first video magazine. Creating impact is at the core focus of Bonita’s goals, founding award-nominated platform WalkingBrandUK alongside being appointed as the first President for Expedia’s Black Employee Relations Group in London is just the tip of her achievements. 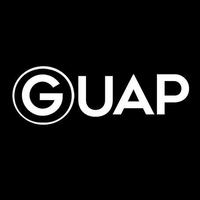 You’re not yet connected with Bonita