Brags Boogie a former footballer who choose music over sports. The South-London rapper earned his stripes initially working with childhood friends from the group Nu brand flex #NBF. Nu Brand Flex was formed after Brags, Boya Dee and Saskilla left secondary school and met up music engineer Richie Montana (Richard Hoey) (also featuring Tinie Tempah). Nu brand flex with their catchy uptempo music constantly had fans Glued to Channel U which is now Channel AKA. Brags pursed his career in music, he took a step back into football playing for Maidstone United F.C. The skilful winger scored a number of great goals and also scoring 3 Goals, assisting 3 in the FA Cup preliminary rounds. This then made him player of the round with the likes of Didier Drogba, Hatem Ben Arfa and Manchester United and Spain’s Little magician Juan Mata. Nu Brand Flexx were named by Complex as one of South London’s most original grime crews, powered by seminal track “Gash By Da Hour”, setting the live circuit alive including Lovebox Festival 2016. A talented lyricist with an infectious hooks, Brags breathes life into the tracks he spits on. Now stepping out on his own with fresh new material for 2019, Brags has now hit his stride, creating an E.P titled ‘ Boogie Bites’ featuring Nu brand flex and few platinum selling producers from LA. This surely is definitely an E.P that’s going to create waves. The New E.P features a song titled ‘ Good Life’ and the song speaks for its self. The song is current, vibes, stylish with a London/ LA twist. Produced by multi platinum producer CashMoneyAP who now lives in LA, the video demonstrates A ‘Good Life’. Proudly , Brags Boogie is one to watch. 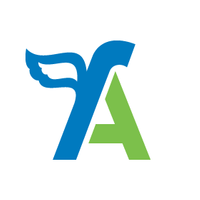 You’re not yet connected with Brags