Camilla has worked under designers including Nicholas Kirkwood, Sophia Webster, Donna Karan, Paul Andrew and Charlotte Olympia. She attended Parsons, New York, and Cordwainers in London, and her graduate shoe collection, ‘So Bad It’s Good’ gained widespread attention from fashion editors with the ‘Pez’ shoe, prompting her to launch her eponymous label for SS15. Handmade in Italy, Camilla’s designs are defined by a luxury yet playful aesthetic and focus on premium, ethically sourced materials and bespoke prints. Her signature 'Silver Lining' boots are fast becoming a staple, seen on every show-goer. The Camilla Elphick woman is discerning, feminine and playful, exemplified by fans of brand such as Alexa Chung, Leandra Medine, Pandora Sykes, Ella Eyre, Ellie Bamber, Amber Le Bon, Leaf Greener, Dree Hemingway, Kendal Jenner and Chloe Moretz. It was Camilla’s long-standing passion for shoes and firm belief that good shoes make a lasting first impression that prompted her to launch her namesake label. Camilla cites New York as a key source of inspiration. It was there she designed her first shoe, while she was studying at Parsons and living in an eclectic East Village apartment owned by Girls’ Jemima Kirke. For SS17, Camilla Elphick conjures a digital dreamland filled with pop motifs and hyper colour. The designer dove into the world of Vaporwave, the internet-born music and art movement of the early 2010s defined by retro aesthetics, cyber art and consumer culture. The collection calls to mind a cyber girl in a virtual world. She listens to elevator music while wearing the crystal-embellished Future Wave sandals and explores the futuristic metropolis of Tokyo in the Love, Dream and Happiness boots, featuring Japanese symbols in hot pink embroidery – a key detail throughout the collection. There are new characters too. Oh David! is this season’s statement sandal, showcasing David and Venus de Milo with pixelated detailing – a reference to Vaporwave’s depictions of classical sculpture alongside contrasting digital imagery. Meanwhile, Cyber Girl andVenus join the PEZ collection for SS17, featuring the iconic heel in new metallic finishes. Also this season, Camilla Elphick debuts a collaboration with Smiley with eye-catching styles featuring the iconic motif, inside – thanks to a hidden Smiley at the heel – and out. In holographic leather, the Raise a Smile pump promises to live up to its name. Then take a horse ride through the picturesque Peak District, noting the collections equestrian-inspired styles. There's Horse Play, a harness-inspired ankle boot and the Saddle Up sandal, defined by a whip-like tassel. Finally travel to the Scottish Highland, where tartan-rich styles abound; favourites include new checkered versions of the Zip Me Up and Chelsea Girl boots. The collections are stocked by international retailers including Selfridges, Style.com, Luisa Via Roma, Harvey Nichols HK, Level Shoe District, Printemps and Avenue32.com. Camilla Elphick has won several accolades, including the Premium Young Designers Award F/W 2016, the Boden Future British x British Fashion Council award and also the Butterfly Mark powered by Positive Luxury in recognition to the brands commitment to social and environmental sustainability. 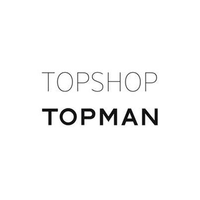 You’re not yet connected with Camilla