I worked at BBH from 2006 to 2011, working ‘non-traditional’ content projects which suited my curiosity and ease with tackling projects differently. I enjoyed creating, producing and managing my own projects which included gaming projects for Britvic and McLaren Mercedes, an award-winning kids AFP TV show on ITV, Second Life projects, MMS marketing and Java apps (pre-smartphone era!). I quickly became a multi-platform hybrid and did my best (and had the most fun) when tackling the never-done-before projects. Today, I’m a Senior Team Lead in Google Creative Lab EMEA where I am a Team Lead working Creative Lab project ranging from brand, technology innovation and social impact projects. I've been in working at Google for just over 7 years now. I was responsible for leading two Google Chrome Experiments’ award-winning projects (Cannes, SXSW, FWA, D&AD). I also led two of the lab's first virtual reality projects - one for Google Arts & Culture with an environmental preservation message where we brought dinosaurs back to life in VR, the other where we opened the doors of Abbey Road Studios so fans could take a step inside like never before! More recently, I’ve led a mini-documentary series project about how women across the Middle East are using technology, against all odds, to realise their dreams. 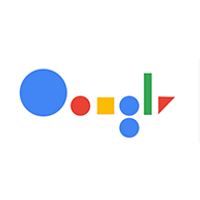 You’re not yet connected with Emma