London based multidisciplinary designer Samroj Kumar Lama, commonly known as SK, which is normally written as Eskay, is having an identity crisis. However, (ironically) has a stringent ability to create and adhere to brand identity, as well as creating thoroughly conceptualised, eye catching content. With the goal of producing visually captivating, emotive and unique work, Eskay uses a variety of skill sets which consist of: motion graphics, animation, filming, film direction, production, editing, graphic design, illustration and copy writing. ​ Experimenting between styles, Eskay works in a variety of aesthetics to create a personal identity for each project. Giving a narrative that conveys art, design and movement into a storyline, setting a tone, yet leaving space for discussion. SK's past and current clients include: Voxi Vodafone, Hunger Magazine, CMI, Notion Magazine, Vidsy, Amoveo and Hackmasters. 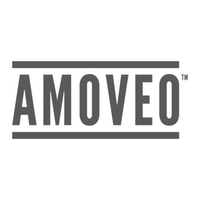 You’re not yet connected with Eskay