Georgia Arnold is Senior Vice President of Social Responsibility at Viacom International Media Networks and is responsible for developing social initiatives for the company’s portfolio of over two hundred TV channels and websites. Ms Arnold has initiated unprecedented partnerships andcampaigns for MTV on HIV and AIDS awareness and for Nickelodeon on children’s rights. Ms. Arnold has been overseeing The Staying Alive campaign since its launch in 1998. Staying Alive is forged upon partnerships including; UNAIDS, UNICEF, The Bill and Melinda Gates Foundation, PEPFAR and Kaiser Family Foundation. The campaign has delivered award-winning HIV and AIDS awareness programming, concerts, events and public service messages involving high profile individuals such as Nelson Mandela, Bill Clinton, Alicia Keys, Beyoncé and Mary J Blige. Building on the success of the Staying Alive campaign, Ms. Arnold was instrumental in establishing the MTV Staying Alive Foundation in 2005, and was appointed Executive Director in October 2007. The MTV SAF is a global charitable body that provides grants to grassroots, youth-led organisations to set up HIV and AIDS awareness campaigns in their communities, and has supported 208 organisations in 70 countries since 2005, totalling over $6million. A particular highlight of Ms. Arnold’s career is her involvement with the multi award-winning MTV Shuga – a 360 degree mass-media HIV prevention campaign. With the fifth season due to premiere in March 2017, the award winning drama reaches over 720 million people worldwide and discovered the Oscar-winner actress, Lupita Nyong'o. MTV Shuga boldly addresses sexual health topics head-on; bravely confronting taboo topics such as gender based violence, and transactional sex, told through the lives of characters and emotional situations drawn from real life. MTV Shuga’s compelling storylines have been broadcast on TV and radio stations around the world. In 2013, MTV Breaks was born - Ms. Arnold’s latest international initiative to inspire and give real life opportunities to the next generation of creative talent around the world, including 20 opportunities to work on MTV tentpole events around the world, and free pop up workshops for the MTV audience. Ms. Arnold also oversees the Viacom UK apprenticeship scheme, which offers four young people a 12-month paid placement, giving extensive work experience across the business’s headline brands (MTV, Nickelodeon & Comedy Central). The scheme is also complimented by specially designed educational components integrated throughout the programme. Ms. Arnold was CEO of the MTV EXIT (End Exploitation and Trafficking) Foundation, 2012-2015. MTV EXIT Foundation was a registered UK charity launched by MTV Networks Europe in 2003 to use the power and influence of MTV's brand and broadcasting network to educate young people about the social issues affecting their lives. In addition to her influential work at Viacom International Media Networks, Ms. Arnold has previously sat on the board of The Burma Campaign UK, a global initiative campaigning for human rights and democracy in Burma; and was on the Advisory Board for 'Rays of Sunshine', a charity which grants the wishes of terminally and seriously ill children between the ages of 3-18 who live in the United Kingdom. 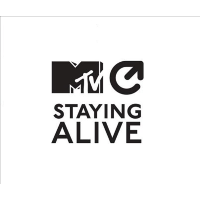 You’re not yet connected with Georgia