Eritrean born Hannah Azieb Pool is Senior Programmer, Contemporary Culture at the Southbank Centre, the lead programmer for the Africa Utopia festival and one of the curators of the Women of the World (WOW) festival. Also a journalist, author and broadcaster, Hannah writes regularly in the national and international media. Hannah’s second book, Fashion Cities Africa, (Intellect Books 2016) celebrates the fashion landscapes of four key cities - Lagos, Johannesburg, Nairobi and Casablanca and is inspired by the exhibition of the same name, which she co-curated at the Brighton Museum. A Guardian journalist for over 14 years, Hannah was Guardian Weekend Magazine’s first Beauty Editor, and wrote the New Black - the first beauty column for women of colour in a British national newspaper. Former Associate Editor of Arise magazine, and former Chair of UKFeminista, Hannah’s work also appears in The Times, Vogue, Grazia and many others. A regular contributor to BBC Radio, Africa Writes and Africa Gathering, Hannah’s first book, My Fathers’ Daughter (Penguin 2006) was described by the Washington Post as “a significant and moving book.” Hannah is a trustee of LIFT (London International Festival of Theatre). Photo credit: Aida Muluneh 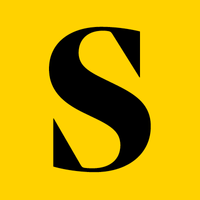 You’re not yet connected with Hannah