I got into photography back in 2000 when I joined Wolfgang Tillmans’ studio in London, after completing a Masters in Law. With a growing appetite for all things political, I soon found myself going it alone, shooting reportage for editorials such as Independent Magazine & Review, The New York Times and I-D. The style of my political art work and editorial projects begun to attract interest from leading fashion titles. Seeking an outsider’s angle to fashion imagery the likes of Another Magazine, Dazed & Confused and I-D were drawn to the raw authenticity of people, places and socio-political message of my work. And it’s this personal feel for authenticity that has led to recent commissions from brands such as Benetton Unhate Foundation, Levi’s, Google, 72&Sunny and MC Saatchi. Whether I’m on a commercial job or an editorial assignment, it always goes back to the authenticity of people and places, the narrative and the particular way my shoots are produced. I much prefer to shoot commercial campaigns with an all street cast and I work very closely with my team to find the perfect mix of people for a particular setting and narrative. I also work for New Yorker, New York Times Magazine, Bloomberg Business Week, Elle, Esquire, Blast, Camera Austria, Exit, Jalouse, Liberation, L’Officiel, Photoworks, Sueddeutsche Zeitung Magazin and Zeit Magazin. My artwork has been shown at FOAM (Amsterdam), Museum of Contemporary Art Castilla y Leon (MUSAC), National Portrait Gallery (London), Museo del Xopo (Mexico City) and V&A Museum (London) among other venues. 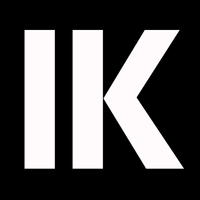 International Master of the Laws (LLM)