Also known as Mr Williams. I was born and raised in Newham, East London. My career in Filmmaking began in 2010 after graduating with a Bachelor of Arts in Graphic Design, from Camberwell College, UAL. My love for music lead me making music videos but I wanted to translate the narratives of the songs into video like how Michael Jackson would when he collaborated with Martin Scorsese or Francis Ford Cappola. Through years of mixing and blending those skills with storytelling, I now make films. In 2014 I made my first feature film 'The Newspaper', we won a nomination for Best Independent Feature at the National Film Awards. I continued to develop my craft and In 2017 I completed a MA in Filmmaking, Cinematography at Goldsmiths University. I was recognised by the British Society of Cinematography and presented with a Certificate of Excellence as an Emerging Cinematographer for my student film 'Twenty Minutes'. In 2017 I was listed in a article by The Dots; Championing Diversity: this Black History Month, meet 100 creatives inspiring change. I pride myself on being stylisticly versatile, but the ethos behind my work is consistently representing reality As my practice continues to evolve I want to delve deeper into visualising nature in the abstract. 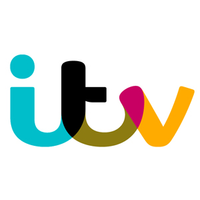 You’re not yet connected with Jordan