Morosky is an ad creative, film director, and influencer’s influencer. He has masterminded creative for global brands such as Vodafone and Adidas and delivered Audi’s most successful social media campaign of 2018. Plus, he’s got an eye for scouting out bubbling talent, having shot the likes of Jessie Ware and Lianne La Havas before the major label scramble, his work has been featured in i-D, The Guardian, Dazed & Confused, and Vice. Morosky has worked as an ambassador for CONVERSE, as part of the #madebyyou campaign and also created a short film for the project “Meet Me In The Future Later”. Recently he directed the 4 part series ‘Wool’ for Lush!, as well as the short film ‘Kitchen’ focusing on knife crime. He has designed a capsule collection with London based brand OH MY LOVE which was stocked in Topshop. Recent exhibition include a group show called #mynameis, hosted on billboards across London with Turner Prize winner Gillian Wearing. #Freethenight, a show featuring 24 large scale photographic works - arranged in the alcoves of Westminster Tube station in celebration of London becoming a 24hr City. He is currently finishing GIVEN: A Sharing, a documentary following the life journey of artist Mpho McKenzie as she returns to the music industry whilst raising her family. 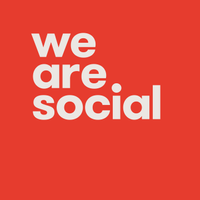 You’re not yet connected with Kevin