I am a graduate of the National Film & TV School, Beaconsfield, London where I attended the prestigious 3 year full time Fiction Direction Course. I have ten years of production experience as a director, writer, EP and voice talent with clients such as MTV, MTV International, Starworld, Discovery, Nickelodeon, Al Jazeera, Astro, NRK Norway, SMG (China), Ha Ha TV (China), TRT and Mediacorp in Singapore. I also set up Singapore based, Earthtree Pte Ltd when it moved into TV production and designed animation, green screen and post production pipelines for their multi episode drama and arts shows. As company director and EP I also managed all schedules and budgets; we never missed a TX date nor did we go over budget. I initially began my career at the BBC after graduation and worked on factual shows for BBC 2 but I also have experience of traditional animation prior to that which made working with designers and motion graphics artists more fruitful. During my time working free lance at MTV I won 7 awards at Promax, one of which was international. My branding campaigns for them have also been shown on VH1 in the UK and at Siggraff in San Francisco. My screen writing for the MTV International EXIT campaign was shown at the Artivist film festival in 2009-2010 and globally on MTV. I also worked as a Creative Director on the rebranding of the MTV SEA channel in addition for working for many years with the On Air Promos dept. as a writer/director. I also have some TVC direction experience working for Manulife, Sony and BenQ Siemens and directed the in house rules campaign for Golden Village Cinemas, which were seen in Singapore and around South East Asia. I recently worked on the creation of reality shows such as Angels Gate, a reality series based around business pitches to venture capital angels for Channel News Asia. And also Asia’s Got Talent for AXN while working at FremantleMedia Asia. My responsibilities on these shows included writing, directing and shaping contestants stories. While at Fremantle I was also a Senior Producer on a Premier League football show called Singha’s Football Crazy for Fox International Channels. The latter was a lighthearted look at the English Premier League. I enjoy working in a team and can function calmly and creatively under less than ideal circumstances. 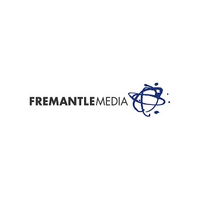 RE Location TO Singapore

You’re not yet connected with Mark