Nicole Crentsil is an established public speaker, curator and festival director. In 2018, Forbes listed Nicole as one of 100 women to follow on Twitter and LinkedIn. Her passion for supporting and promoting diversity through various industries alongside her drive to stimulate and facilitate forward thinking conversations awarded Nicole as TimeOut's 1 of 50 Londoner’s shaping the city’s cultural landscape. With several appearances as a guest speaker on BBC Women’s Hour discussing everything from mental health to race and representation, Nicole is an experienced commentator. A Tedx speaker and host, Nicole is a vibrant and engaging speaker who is equally comfortable speaking with celebrities to the general public. Most recently Nicole appeared live on BBC News on International Women’s Day discussing the importance of the day for women worldwide. In 2018 Nicole delivered a keynote at Apple Regent Street and also hosted a panel discussion at Elle Weekender discussing race and identity. With features across print, online and media such as Stylist, Evening Standard, Channel 4 + more, Nicole was one of the leading faces for an international campaign with BET International promoting the Black Girls Rock awards show. In 2016, Nicole founded Unmasked Women, an exhibition channeling the Black British female experience focussing on mental health. This successful show catapulted a breadth of dialogue on mental health with features in Dazed & Confused, i-D, Huffington Post, Afropunk, Buzzfeed+ more. Since her successful show, Nicole has curated an exhibition at the V&A, produced several discussions with Tate Britain and delivered projects and talks with the ICA and Southbank Centre. In 2017, Nicole co-founded The Black Girl Festival, the UK’s first festival celebrating Black British women and girls. In its first year, Black Girl Festival produced a takeover of TimeOut London magazine, two annual festivals, whilst building a growing community of over 30,000+ online and irl. 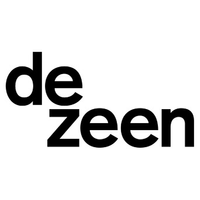 You’re not yet connected with Nicole Krystal