London based writer/director and editor. I've worked on award winning campaigns from concept to delivery, directing Vimeo staff picks and Gold Fresh award winners. My work has premiered on Rolling Stone, Nowness, Vogue, Dazed and Confused and been placed on ‘best of’ lists including Pitchfork’s ’20 best music videos of the year’. My first narrative short film premiered at BFI London Film Festival and screened internationally. As an editor I like to work in Premiere Pro and across the Adobe suite. With experience working across editorial, commercial and narrative film for both online and broadcast. Clients have included: History Channel, Facebook, Vice Media, Red Bull Music Academy, Warp Records, Universal Music, EMI, Channel 4, Jungles In Paris, LuckyMe, Brave, Engine - https://petermarsden.com - Editing: https://ldnpost.com 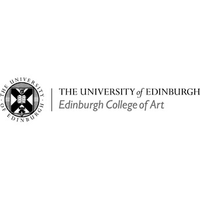