A British filmmaker of Iranian and Malaysian-Chinese descent, born and bred in Brent in London. Roxy has a strong track record in developing and producing ground-breaking stories for independent documentaries and factual television. She is currently turning her interest to directing, and is developing both documentary and narrative long-form projects, and was recognised by The Dots as one of their 200 Creative Trailblazers of 2018 on International Women’s Day. As a director she has a particular interest in telling conventional narratives from underrepresented points of view, particularly when it comes to the themes of ‘family’ and ‘home’. Little Pyongyang, a half hour stylised documentary which premiered in competition at the 2018 CPH: Dox Festival for their Next: Wave award, will be her cinematic directorial debut. It is the story of a North Korean defector living in the UK amongst his peers, but struggling to overcome the guilt of leaving his family behind. She was selected in 2017 by Sheffield Doc/Fest as one of their ‘Future Producers’ in support of her promise as a feature filmmaker, by the Film London’s ‘London Calling’ development scheme as a director, and the ‘Modern Tales’ talent scheme for long-form scripted development as a writer. She most recently produced a four part music documentary TV series for Channel 4, Sound and Vision, and has been working on short films for art galleries such as the Tate and Victoria Miro, to develop her stylistic range as a director. Her work has been broadcast on Channel 4, VICE, and Sky, and featured by magazines such as Art Review and i-D. She worked on both seasons of the two-time Emmy award-nominated series about LGBT+ rights, Gaycation, where she developed the pilot under executive producer Spike Jonze. She also worked on the UKMVA award-nominated digital feature documentary, Hip Hop in the Holy Land, the Realscreen award-winning show Black Market with Michael K Williams, the Broadcast digital award-nominated show Needles and Pins, and the winner of the New York Newswomen’s Club Front Page Award for TV Special Reporting, States of Undress - a documentary series about the politics of fashion. 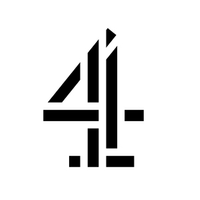 Next: Wave Award (in competition) 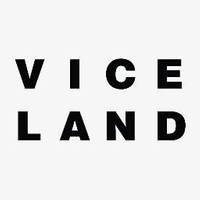 You’re not yet connected with Roxy