My Mum, Dad, Brother, Wife — even cat are all designers. There was never any doubt that I was going to be one too. Over the past 20 years I have been involved in creating transformative design solutions for brands both big and small. I started as a junior designer at Michael Peters — owner of the world’s largest design groups. I worked my way up from Designer to Partner at HHCL — The Ad Agency of the Decade. Was a founder and Creative Director at NoOne, the strategic branding specialist inside an advertising agency (HHCL). I studied at Central St. Martins, Covent Garden, London. There I received a First Degree BA(Hons) and met David Law, co-founder of SomeOne. David was also his my man when I got married (and vice versa). In the mid 1990s I was made the youngest partner of HHCL the seminal “Ad Agency of the Decade” after I wrote, animated, and directed the multi-award winning campaign for Go—the low cost airline from British Airways. SomeOne, was the agency I started with Gary Holt, David Law & Laura Hussey after closing NoOne. SomeOne was voted the most respected UK Design Practice by the Drum top 100 peer poll. I’ve has lectured globally on branding, business and creativity. From China to USA to India to Japan. In 2014 I was hilariously was rated as one of the top 15 creative minds in the UK. I was as surprised as you are. I've been a visiting Professor at Central Saint Martin’s School of Design and a trustee and Executive Member at D&AD. I've also written the Central Saint Martin’s short course on Typographic Design with my wife, Amelia Manchipp. While working on the front line of commercial design, I have launched, relaunched & managed brands worldwide. Including Eurostar, London 2012 Olympic Games, Sellotape, FastJet, Accenture, Proctor & Gamble, WorldPay, TUI. I've won most of the major awards but more interestingly met Al Pacino — sadly I panicked and called him Cappuccino. It was an honest mistake. He wasn’t impressed.

Guinness World Record for most successful IAAF games ever 2017 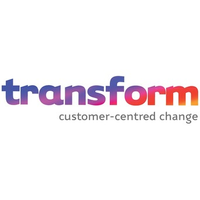 Best implementation of a rebrand

Best design Strategy of the Year 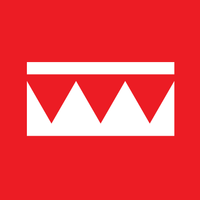 Most Respected Design Agency in the UK

You’re not yet connected with Simon