Who? We Three Club are husband and wife duo Chris and Alex White. Through a huge passion for music and design, they started promoting and putting on shows in their own towns, which led to making the posters for these shows, which led to becoming slightly fanatical about gig posters, which then led to them meeting, which in turn then led to a marriage, a cat, a daughter, and We Three Club. What do we do? This last decade we have been busy creating band merchandise, gig posters, ad campaigns, branding for companies, stationery for parties and websites for food stores. 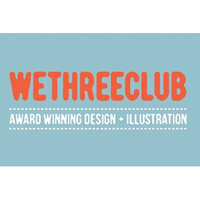 Makeup, Costume and Techincal Effects for the Performing Arts

University of the Arts, London