Arian Saravi is an international artist, designer and entrepreneur from Gothenburg listed as the best-selling artist in Sweden in his age group. In October 2017 he had his first solo gallery show in Östermalm. December 2017 he took part in an exhibition at the Mondrian Hotel as part of Art Basel. In 2017, Arian Saravi began a collaboration with italian gallery il Nabucco based in Florence. This international collaboration has appeared around Europe from Milan and Florence to Scandinavia with having achieved international renown, he has been commissioned for high-profile projects with Machiavelli and Bigallo. The artist has exhibited in the urban environments of London, Milano, Florence, Stockholm, Gothenburg, Båstad and throughout Europe to subversively depict various iconic pop culture characters in his own extraordinary way. Saravi cites his artistic origins as learning from his relative, an artist, eventually abandoning traditionally academically driven art classes to pursue business. Saravi indicates himself to be influenced by many of the great artists such as Andy Warhol, Roy Lichtenstein, Shepard Fairey, Alex Katz, Kaws, Pablo Picasso and Jean-Michel Basquiat. During the years from 2015 to 2017, Saravi traveled frequently, spending time in Paris and Milan that influenced him to become an artist. At a young age, Saravi practiced artistics at a private institute in Italy but dropped out months later. His ability to marry pop culture and designer brands with the ordinary and functional has seen Saravi's profile as a contemporary artist explode. 2017 was the year his paintings made a fortune with over half a million in sales. Today, Saravi is the best-selling artist in his home country Sweden with more sales than any other artist in his age. Since 2018, Saravi is sponsored by Galleria Kontemporia d’Arte in Milan. At a young age Arian Saravi paints his vision of the great theatre called life. Using bold colours and expressive shapes and figures he shows people behind their social facade. An accomplished artist, his work has evolved towards a pure, very powerful and spiritual use of colours and layers upon layers of integrated techniques. This results in, and explores a unique balance between complementary and contrasting form, color and space. He finds inspiration throughout the daily random encounters and the own voice and expression of the creation process. Balance between color, luminosity and mathematical distance is his constant ambition to achieve but also to break it to create that beautiful contrast between harmony and chaos. 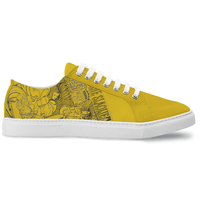 You’re not yet connected with Arian