Ben Slotover is from London. He is part of the Exploding Cinema collective and has written for TV, presented Radio, directed Films and now writes novels. The product of English/Jewish/Irish/Polish/American/Lithuanian people, Ben was born in 1971 and worked a variety of jobs before turning to Novel writing in 2011. Since spending four years getting a philosophy degree at Trinity College Dublin he worked in the film industry, television, radio, underground film exhibition, drove for the Paralympics, built a house in a redwood forest, ran a Books For Free centre for the charity Healthy Planet, got married and had three kids. He has repeatedly failed to learn how to play a musical instrument. His website is http://www.bluntproductions.com and facebook: www.facebook.com/slotover 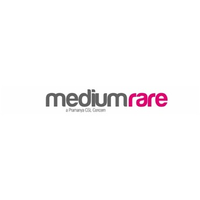 You’re not yet connected with Ben