An 18-year-old creative director based in Napier, New Zealand, Connor thrives off of capturing unique perspectives through his camera lens. Connor has been heavily invested in photography and filmmaking since a young age, creating short entertaining films since the age of 13. As years went by, Connor became a lot more passionate and ambitious with his work, deciding to firmly establish his own name and brand. It was this vision that led to him creating his instagram, "dxrra", which has since established a following of around 8,000+ followers. His creative approach to naturist landscapes and capturing earnest emotion has allowed him to connect to various musicians, artists and businesses through his social media presence, keeping himself occupied by travelling and working for others. Driven by his hunger to consistently improve and build on his craft, Connor left school to pursue his own creative path. Ever since, Connor has worked with big names such as Reebok, Nike, The Black Seeds, Baynk, SWIDT, HP, Raiza Biza, SACHI, KVKA and many more! With late nights, persistence and grit, Connor continues to reach out to the wider community with his work. Fuelled by the determination to create something bigger and better than his previous work, Connor wants to continue travelling and capturing the world how he sees it. 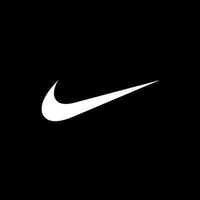 You’re not yet connected with Connor