With more than 20 years of experience as a creative director and marketing executive, Cristian Jofre had a truly global and intriguing career. Globally, as a creative director he oversaw the first MTV international rebranding and the implementation of a network of seven MTV design studios in Milan, Buenos Aires, Tokyo, Warsaw, Stockholm, London and Singapore. Intriguing, due to a very unique assignment in Kabul, Afghanistan where Jofre managed a creative hub of producers and designers and launched 3 TV channels for the Moby Group in the Middle East. He currently resides between Miami Beach and Berlin and collaborates as a creative and marketing consultant & advisor for various global brands and cultural entities. Renowned for his visual innovation, Jofre and his team are the recipient of hundreds of awards for his promos and advertising campaigns, including accolades from Promax & Broadcast Design Association (BDA), the Cannes Advertising Festival, The One Show, D&AD FIAP, New York Festival and many other awards. He has also held the role of visiting professor and tutor at the National Film and Television School in London and contributed as an editor various publications, including collaborations with visual- culture publisher Gestalten: On air: The Visual Messages and Global Language of MTV and Latino Grafico: Visual Culture from Latino America. 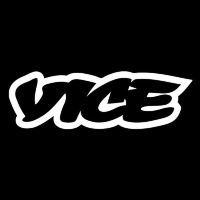 You’re not yet connected with Cristian