David is a London-based writer and director, whose work draws on a particular interest in place and landscape, as well as varied experience of working across the film, contemporary art and communication design industries. David’s last short film Out for a Walk starred Matthew Beard (The Imitation Game, The Riot Club) and Saskia Reeves (Our Kind of Traitor, Wolfhall) and screened at numerous film festivals around the world, including Drama International Short Film Festival, Filmfestival Kitzbuhel and Aesthetica Short Film Festival. Prior to this David attended the MFA Directing programme at the American Film Institute Conservatory (AFI) in Los Angeles, where he made a further three short films under the close mentorship of BAFTA-winning director Mick Jackson (Threads) and Oscar-nominated producer Pieter Jan Brugge (The Insider, Heat). David also holds a BA in Film Studies and Philosophy. Working as a moving image creative for Studio four23, then as a freelance director and creative director, David has also created moving image content for brands such as Oakley, adidas, Virgin and Reebok, charities such as Anthony Nolan and Brighter Sounds, and organisations such as The Guardian. He has also worked as a script reader and film journalist, and as an associate producer for Portland Green. Continuing to work as a director and creative director of branded content, David is also currently developing two feature projects: a documentary about a surfing community in the Welsh steel town of Port Talbot, and a relationship drama about a dysfunctional couple from London on holiday in Cornwall. Like much of David’s work, both projects are rooted in a strong sense of place and the physical environment, exploring urgent themes of identity and exploitation through the interplay of character and setting. 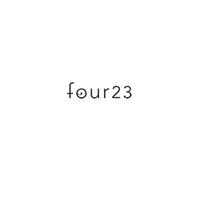 You’re not yet connected with David