I'm Davor Habajec, I live and work as an 3D Artist and animator in Croatia. From very young age I loved spending most of my free time drawing and painting. I've been involved in illustration, animation, 3D, modeling, texturing, photography and game design for a quite long period. I was a member of the team that made projects some as 78th and 80th Annual Academy Awards Show Opener, (The animated show open for 2006 and 2008 Oscars), NFL 2006 Show Opener, (Show open for the weekly television broadcast of Sunday evening National Football League games on NBC, featuring famous Pink), NBA Finals 2006 Show Opener, (The animated show open for the 2006 NBA Finals) and MTV Films Animated Logo. In 2013 I opened my own studio for animation and illustration, game design, 3D art and ArchViz. I also work for Croatian national television, in educational program, making animations for children's shows. I'm also doing animation for music videos. On several occasions I have cooperated with VAFI, International children and youth animation festival in Varazdin, Croatia. I'm a member of ULUPUH - The Croatian Association of Artists of Applied Arts - section multimedia and intermedia. Since 2015 I collaborating with the London Bright Agency. 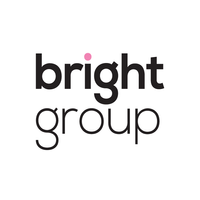 You’re not yet connected with Davor