Effie is an East London based producer that creates content for brands, online commercials, music promos and short films. Her career started as a producer for online and broadcast music programs in Sydney Australia, catering to a growing youth audience who were eager to learn more about their favourite artists. Since then, she has worked with some of London's biggest agencies and production companies, some of which include Ogilvy, Pulse Films, Porter Novelli, Ketchum, MSL Group and Agile Films. Brands worked with include Sony, Adidas, Bombay Sapphire, Be Good, Huawei, Unilever and many more. Her current work in progress includes a number of music promos, short films, online commercial content and a pilot for an online series. Effie’s secret, and not so secret, desire for her future is to make great British dramas and films that challenge the status quo. xx 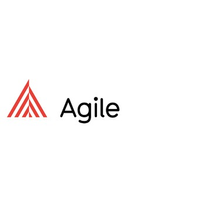 The University of New South Wales

You’re not yet connected with Effie