During his time at the RCA Eugene has developed a collaborative, articulate practice steeped in his personal concerns, identity, and background. He has completed a wide range of projects, commissioned work, external projects and college briefs that demonstrate a genuine and distinctive voice. These projects are documented in the previous progress report. These projects encompass a breath of subjects, graphic forms, people, and ideas and demonstrate a continuing concern with the visual language of working-class culture. Central to his approach is the ways in which Eugene looks at controversial subjects, asking why is it difficult to talk about and why is it important to do so. He has become interested in the role of dialogue in facilitating difficult conversations - searching for the areas that he can unpack, or the contradictions that we need to face in ourselves that he can present to us. Eugene draws on primary research, often through the use of oral interviews, to present a practice that combines research, journalism, facilitation and graphic design. Eugene presented his performative lecture investigating the regional dialect of Portsmouth. The body of research, tests and graphic works for this social interest group have significant value independently of this. For his final show Eugene presented four works that comment on aspects of Britishness and British Culture. They will look at this through using methods of production that relate to the traditions of creating and making in England. This builds on his participation in the 24hr food project, and his interest in material works catalysed by his recent work in his co-curated exhibition responding the football culture. 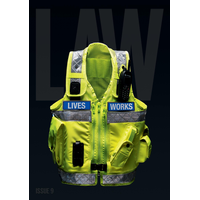 The University of Brighton

Players Player of the Year

You’re not yet connected with eugene