My name is Jack - I'm a passionate and enthusiastic film/video producer. I'm thrilled by collaborating with creative minds and strive to create things which people enjoy to experience. I'm eager to learn and grow my craft by meeting people. I founded 'Fancy a Jam Pictures' in 2014 and have since produced 3 short films, supported by Arts Council initiatives with varying degrees of budget and complexity. A comedy zombie short I made in 2015 was last year broadcast by Channel 4 and Gogglebox. I've also had films screen at prestigious festivals such as Atlanta FF, Camerimage FF, LSFF, Encounters FF, and have been awarded by the Royal Television Society for my producing work. I have also worked with a number of corporate clients to produce all sorts of visual content - from an interview film series through to immersive VR video experiences.

University for the Creative Arts 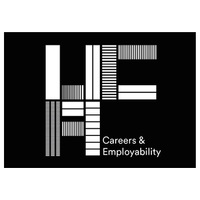 You’re not yet connected with Jack