Jake is a young, innovative Editorial and Commercial photographer born and raised south of the river in London. In his teens Jake spent most of his time acting in theatres in and around London. This soon grew into working in TV and film as well as modelling. From his experiences on sets globally Jake developed a huge respect and admiration for the work behind the camera. Naturally a curious soul he started to educate himself (finally!) on photography. A passion for cinematic escapism has influenced his work and the love affair of being both in front of a camera and behind continues. Jake looks for peace in his personal life however he seeks drama and mood in his photos. Inspired by Cinema’s greats Wes Anderson, The Cohen Brothers and Baz Luhrmann he strives to capture still images with emotion, depth and narrative. He feels a picture is complete when you really want to press play and see more. Curiosity is one of the greatest things to capture on camera. Jake has developed a style and aesthetic of considered and raw depth that carries across both his studio and location photography. Weaving throughout his favourite Fashion, Beauty, Documentary, Luxury and Lifestyle Genres. (I wrote this in the third person to make me sound grand!) 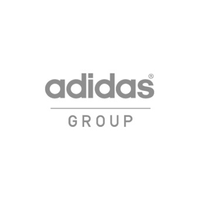 The Duke of Edinburgh Award

You’re not yet connected with Jake