Yorkshire lad born and bred, I moved to London to study Graphic Design at Central St Martins. After graduating I worked at numerous Soho post houses, where I got to grips with editing, working alongside established creatives and film directors. I then worked as Art Director at Point Blank / Exposure, writing and conceptualising digital campaigns for a few years, before cutting my teeth on shooting and directing BTS Fashion videos for Vogue in Milan, Paris and New York. Then landed the gig as tour videographer for Kasabian, where I got to travel the world documenting the band. Then went on to film Damon Albarn’s solo record recording process and shot album teasers for Liam Gallagher’s band Beady Eye. This was followed by directing a string of spots for Ferrari, Lamborghini, Dunhill, Top Shop, Bench, Ben Sherman, Swatch, Lacoste, Puma and Levi’s and content for magazines Dazed & Confused, Wallpaper, AnOther Magazine and Instyle, as well as directing branded content for Stella Artois, L’Oreal, Cadbury’s, Umbro, and Sony. 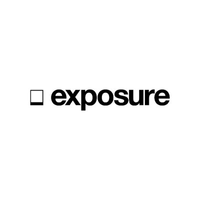