Influenced by his immersion in cinematography and reflecting his photojournalism background, Karan Kapoor's collectible images are slick, stylish and glamorous. He is renowned for his polished, dynamic yet spontaneous style. Karan is drawn to characters and stories, finding inspiration in the movement and energy of his subjects. Although he is based in London, extensive travel informs and influences his work. He began his career as a photojournalist, providing images for feature stories in the weekend magazines of major UK newspapers. Ideally placed to deliver detailed photographs illustrating Anglo/Indian social themes, Karan became known to picture editors as a valued contributor. From photojournalism he moved into advertising. Since 2000, he has worked on high-profile campaigns for major brands including the Atlantis Hotel Dubai, Twiggy for Olay, Vodafone, JWT, Nissan, Guinness, NatWest Bank, Gordon's Gin, Bell's Whisky, Greenpeace, The National Trust, Debenhams, Sky, Boots, Bacardi, Dove and Avon. He has worked with renowned agencies including Ogilvy, Team Saatchi, JWT, Draft FCB and Grey Health. As a photojournalist, his images have appeared in The Sunday Times, The Telegraph, The Observer, The Independent and glossy magazines including Vogue, Elle, Harpers and Marie Claire. 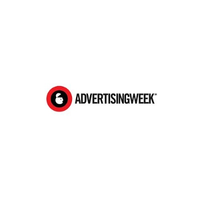 You’re not yet connected with karan