In my time as head of live programming for The Columbo Group and musical director for the Jazz Cafe (a venue that is open every day of the year apart from Christmas Day), I strived to provide the most diverse and exciting music programme imaginable. The non-stop nature of the role required 24/7 dedication, by keeping an eye on current musical trends and thinking up new and creative ways to solve problems that we encountered on a daily basis, such as last-minute cancellations or poor selling shows. It goes without saying that having been in the role for a few years, I built up a fine-tuned understanding of the London music market, as well as a large collection of professional relationships along the way with artists, agents, managers and fellow promoters. As the face of the venue, I dealt with all client issues and feedback up front, managed the entire promotions team, and acted as the go-between for promotions and production. As such, I am very comfortable leading groups of people, setting tasks and micro managing, and my time management skills and ability to multi task are second to none. I also have a deep understanding of complex P&L budgets, having put on shows ranging from 200 to 1200 capacity in venues such as Camden Assembly, Union Chapel and Heaven. In terms of the musical programme, I had full creative control and was able to express my personality fully through my bookings, whilst still being careful to uphold the values, prestige and history of the venue. Treading the line between commercial ticket sales and artistic license, we promoted music across the whole spectrum, from soul, funk, hip-hop and ‘world’ music to rock, ambient, electronica, jazz and experimental. I’m proud to say that we had the honour of hosting Roy Hargrove, Ginger Baker and (supposedly) ESG’s last ever London shows, and People Under The Stairs’ last ever show full stop. I worked directly with a number of artists to commission bespoke shows that we developed together from the ground up, and further to this I proactively reached out to fellow brands to set up long standing and successful partnerships (NTS, Boiler Room, gal-dem, Jazz Re:freshed, Rhythm Section, Total Refreshment Centre, Classic Album Sundays, Skin Deep, The Wire, Mo’Wax and more). As more of a venue booker than a promoter in the traditional sense, I worked directly with a number of artists to commission bespoke shows that we developed together from the ground up, including Byron Wallen’s 20th anniversary celebration of Boards Of Canada’s Music Has The Right To Children, which was promoted by the band themselves, and received a glowing review from Resident Advisor. Whilst I held my post at the Jazz Cafe I was invited as a guest speaker on Hoxton Hotel’s ‘Hox How To: Make It In Music’ panel and Resident Advisor’s Take Note Academy. I also appeared as a guest on Yasser’s BBC Asian Network show for his 20 minute #InsideKnowledge segment. I also led on a number of community-based initiatives, including a £3 guest list donation for Camden Music Trust, a £2 voluntary donation on all Tomorrow’s Warriors events, an annual Christmas event with Help Refugees and a one-off Christmas matinee show for the elderly in collaboration with North London Cares. I signed off my five-year stint at the Columbo Group by booking the line-up for Jazz Cafe’s first ever day festival, Maiden Voyage, at Three Mills Island in August. With the likes of Roy Ayers, Steam Down, Louis Cole, Madlib and Gilles Peterson all performing, the event was a huge sell out success. 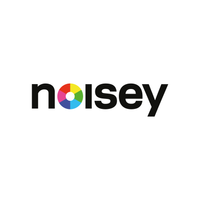 You’re not yet connected with Lev