I'm a freelance photographer/videographer based in Manchester. Mainly (but not limited to) working in music, such as music festivals, club nights, gigs, music magazines, artist editorial/press shoots with one priority in mind; The highest quality imagery/footage of events/parties/artists, tailored to the client's style/needs, with the quickest turnaround possible. Having learnt from the age of 13 using analog film processes, I've learnt the importance of the crafting of an photograph, spending the right amount of time and effort on getting the image and aesthetic quality desired. As soon as I could, I went out and pitched 16-year old me to the creme-de-la-creme of camera showrooms at Leica Store Manchester, where I worked and learnt about the science, technology and the magic of photography, surrounded by the most pristinely engineered cameras fresh from the factory in Germany. I was taken under their wing, trained and schooled by a team of people who have been in the industry longer than most in the country, which was the best preparation I could've asked for. Since then I have gone on to develop my skills in videography and been given the best playgrounds for honing in on those skills in a professional environment. I experimented by shooting short highlights of artists performing at venues such as The Warehouse Project, Parklife festival and Lost & Found Festival, a lot of which ended up going viral in the communities due to their cinematic yet live, intimate and impromptu style. Not only did this create huge online footfall for the promoters, venues and artists involved in the clips, but it rapidly scurried me onto working on much bigger projects like promotional videos, advertisements and short documentaries. Today, I discuss and work on a variety of long and short term projects where I work with the client and use my skills to create the highest quality outcome in the most efficient timeframe. 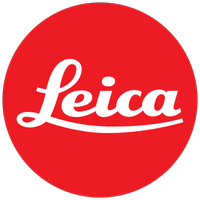 Certificate of Higher Education in Photography

You’re not yet connected with Louis