I’m an ambitious filmmaking graduate looking for internships and new opportunities in director assistant roles (especially commercials), film distribution and film festivals (in the industry section). I trained as a writer/director, and I am especially interested in film and HETV. Available both in Italy and the UK. A quick resume: Matteo Palmas (Directors UK) is an award-winning writer-director. Born and raised in a small town in South Sardinia, he moved to England to study at the Northern Film School where he graduated in 2018 with First Class Honours. His first short film ‘MAN ON BIKE’ premiered as one of 10 finalists in competition at the Oscar-qualifying Big Sky Documentary Film Festival. ‘SOME BODY’ won the Best Student Film Award at Screen.Dance in Scotland and was acquired by the Horsecross Arts Public Museum Collection, Perth. ‘ARGOT’, a short drama about a father and a son trying to reconnect in a world without language barriers, won the RTS Yorkshire Student Award for Best Drama and was defined by the industry jury as ‘An imaginative and mature film with a brilliant central premise’. His first ever VR project ‘7 Days Walking’ was one of 7 projects shortlisted by BBC New Creatives North in the immersive section. Matteo is an alumnus of New Arrivals: Go Short Campus and he is now part of Screen Yorkshire’s Beyond Brontës training programme. 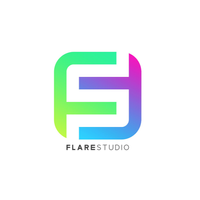