Started video creating when I was in college studying media and film studies. Once I moved to London for an apprenticeship at EMI music, that's when I advanced my skills in editing programs and DSLR cameras. After that I work on a couple of TV/Film sets and spent a few years gaining more experience and confidence. Over the years I have gained runner skills, working with a range of cameras, data ingesting. So my repertoire since coming to London has really grew and has built up my industry knowledge. I even did bar work to keep money coming in, but mainly to improve my communicational skills. Which I do feel I lacked when I first moved to London. After three years of living independently in London I decided I would go to university as I wanted personal time to advance my creativity in filmmaking. At Kingston university I was really knowledgeable already. Thanks to that I was able to experiment with new things, particularly animation which became a focal point in most of my projects. This time away has now focused my goals and I now know where I would like to go in my career, creatively and professionally. Now I see myself as a more well rounded individual who is better prepared to take on the professional environment. 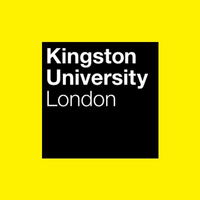 You’re not yet connected with Matthew