Before Graduating from Plymouth College of Art with a First Class Honours Degree in Photography, Natalie was offered a three month Internship at Condé Nast, where she assisted the Tatler picture desk and art department with research and production. Inspired by her experience within the walls of the famous Condé Nast Archives, she applied and won the highly sought after position of Picture Intern, at the world’s biggest selling fashion magazine, ELLE UK. Natalie honed her skills on the picture desks of both ELLE UK and ELLE UK Collections, and after one year, she was promoted to Picture Assistant. After eight months, she was offered the role of Acting Picture Editor on the main magazine, and then Picture Editor on three issues of the multi-award winning ELLE UK Collections. During her time there, Natalie assisted on the production of the ELLE Style Awards backstage shoots, as well as production on shoots including Peaches Geldoff , Alexa Chung, and Nicholas Hoult. Since then, Natalie has taken on the role of Bookings and Picture Editor at Matchesfashion.com, where she produced shoots with the likes of Michael Shannon, Lake Bell, Julia Restoin-Roitfeld and Matthew Rhys, and has also had long freelance stints at other fashion titles such as; Net-A-Porter, Centrefold, Instyle, Esquire, The Saturday Times, and ELLE UK Supplements. In the past eighteen months, Natalie has gained her first worldwide Creative Production role for Warehouse Retail Partners; working alongside East London based Creative Agency, Sunshine. She produced the first three campaigns for Sunshine’s partnership with Warehouse, and continues to work with the agency offering her services as both a Creative Producer and Photographer. Natalie’s longstanding love of photography, and her work as a Creative Producer, has seen her develop an interest in emerging talent, particularly within music, fuelling her personal and commercial photographic endeavours with artists including; Brit award-winning James Bay, Gabrielle Aplin, and Irish talent Kodaline and Hudson-Taylor. She continues to explore the world of music and photography, with commissions from Warner Music, Parlophone and BANG Music Management, and is already making plans for her debut solo-exhibition, as well as the launch of her own gallery in late 2016. 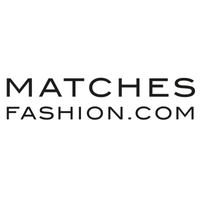