Currently head of fully integrated Digital and Post Production agency specialising in editing, design, development, web & social campaigns for top agencies, broadcasters and clients in media, pharma and hospitality industries. Recent clients include Ogilvy and Mather, McCann Erickson, ADKOA, Moving Brands, BBC, SKY, Nomad. I am a director, producer & editor with experience in broadcast, film, commercial, corporate and digital markets for the past 10 years in London. Previously I lived and worked in New York which is where I am originally from. I thrive on producing original and compelling work that will resonate with an audience. Most recently I have worked with Sony Computer Entertainment and Ichi worldwide editing trailers for the gaming industry. I have also been on contract with Vice Media as well as Jamie Oliver's Freshone.tv editing Food Junkies, a tv series currently on London Live channel, SKY 117 and have previously worked with Sony Pictures Television for the past 5 years as promo producer & editor for trailers, promos, commercials and campaigns for their TV networks worldwide where I won a Promax Gold Award in 2015, 2011 and 2010 . In the past I have also worked with BAFTA & Oscar winning Passion Pictures UK as editor and creative where I was involved in projects for Gorillaz (Grammys Live, Brit Awards 2006, MTV Cribs), Coldplay, Becks, and Coke among others. I am well versed in all aspects of production from scriptwriting to shooting HD & film, lighting, directing and GFX. I specialise in post production in FCP 7 & X, Adobe Creative Suite, Premiere Pro, Photoshop, After Effects & Avid as well as Speedgrade and all codecs and delivery standards for broadcast, web and theatrical release. I am a graduate of New York University Tisch School of the Arts where I received a Masters of Fine Art in Film Directing. 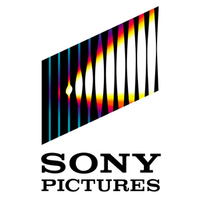 NYU Tisch School OF THE Arts

You’re not yet connected with Robert