Established stylist covering women's and men's fashion across editorial, commercial, digital commerce, advertising projects, and catwalk. Based in London, with regular projects in LA and New York , Suzie is known among the UK media and PR spheres for her distinctive aesthetic that is dark yet glamorous with a modern edge. Working alongside photographers including Cornelias Kass, Darren Black, Rio Romaine and Jenny Brough in titles such as Qvest, Hunger, StyleNoir , GQ and Client Magazine,Suzie has carved a specialism in editorial, with firm ground in production and casting experience to anchor a 360-mindset on projects. Having graduated from London College of Fashion in 2007, Suzie began her career in PR, working with established boutique agency Bloody Gray, before transgressing into styling in 2010. After establishing her niche in editorial Styling, she digressed into media and TV completing a season on the popular TV series The X Factor and a stylist position at E! News (Los Angeles) incorporating a assignment to The Oscars red carpet event. Late 2012 the focus shifted back into Editorial Styling where she continues to shoot emerging and luxury brands for established media outlets. For commissions or consultancy please contact suzie@suziestreet.com 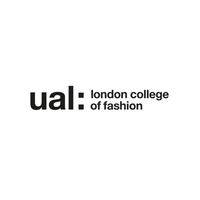