Sylvia is a director and producer based in London. She's the creative director and producer/curator of Skin Deep Magazine, a creative powerhouse that is redefining culture, amplifying voices of colour through discussions of race, politics and activism. They collaborate with creatives, musicians, writers, artists and activists to produce and platform original and thought-provoking content which is fresh and accessible with organisations such as The Bush Theatre, The ICA, The Hayward Gallery, Goldsmiths University, Brainchild Festival, TRC etc. She is also a producer for stills and motion fashion editorials and campaign often working as a freelance producer for British Vogue at their picture desk. She has previously worked with high-end clients such as Nike, H&M, Hunters kids, Clarks kids etc. 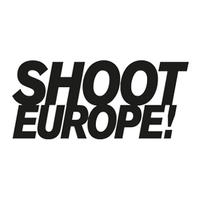