Born in Tahiti, Thomas Morell is both a British and French National. Thomas spent his childhood and adolescence between Paris and Newcastle, UK, relocating to London in 2008 to study Medicine at Imperial College. Whilst training in hospitals he witnessed the unveiling of "true vulnerability" and it was here that Thomas forged a deep empathy for the "human condition" which has consequently served as the ultimate inspiration for his documentary and fine art works. In 2011, Thomas embarked upon a career in the fashion industry as a model. This enabled him to travel the world and explore his practice further, his camera becoming an indispensable travel companion. He has since lived for significant periods in London, Paris, Tokyo, Milan, Barcelona and New York. Over eight years of working with the most distinguished photographers and designers in the industry has enabled Thomas to both expand his knowledge in the field of fashion photography and grow as an artist. More recently, Thomas has focused increasingly on portraiture and fashion photography: "It felt like a natural progression, transitioning from being in front of the camera to behind it." In 2017, Thomas was appointed Director of Photography for Liu Bolin Studio in New York and continues to enjoy commercial success; a selection of his fine art photographs having been exhibited at Paris Photo, Frieze, Kyotography and Art Basel globally in 2018. Thomas continues to work freelance and is available for commissions, fashion/documentary editorial projects and portrait assignments. 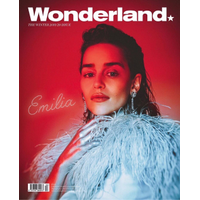 You’re not yet connected with THOMAS