Tolu Coker is a Young British-Nigerian Fashion Designer, Textile Designer and illustrator based in London. Following several successful stints at Maison Margiela, J.W. Anderson and Celine, she recently graduated from London's prestigious Central Saint Martin's Design school with First Class Honours. Largely inspired by identity and social climates, Tolu's work and collections have since been internationally recognised by publications such as Vogue, Love Magazine, Dazed, Hunger, An0ther, WWD and NME, as well as LVMH teams and even the French News! She boasts a global client base, with her roster including high-profile names such as Rihanna, Jorja Smith, Elton John, Steff London, Tiwa Savage and Mr Eazi. The young designer is now based in London and focusing on building her eponymous label, TOLU COKER. 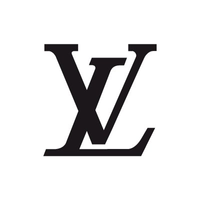 You’re not yet connected with Tolu