I am an award-winning illustrator who has gained international attention and clientele since beginning my career in 2001. Educated and based originally in Toronto, I have spent the last nine years continuing my work from abroad; in Berlin, Copenhagen and Warsaw. I am now based in London and am looking for new challenges and growth as a freelancer or within a dynamic and creative team environment. Clients include: The New Yorker, Wired, Harper’s, ESPN, Sports Illustrated, Bloomberg Markets, Esquire, The Economist 1843, Harrods Times, Variety, Foreign Policy, SPIN, Vibe, Reader’s Digest, Mother Jones, The New Republic, EBONY, Maxim, SEED, Popular Mechanics, IEEE Spectrum, Fast Company, Business Week, Men’s Health, Adbusters and URB. My work has been featured in advertising & design campaigns for Geffen Records, Universal Music, The Newport Jazz Festival, Coachella Music Festival, Nissan, Mercedes Benz, Pepsi Cola, Adidas & All Blacks and Random House UK. It has also been honoured by Communication Arts, American Illustration, The Society of Publication Designers, 3x3 and The Society of Illustrators. 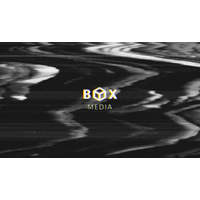 You’re not yet connected with Andrew