Charlie Thorne is an award winning director and photographer based in south London. From the intimate to the epic, Charlie is capable of weaving sensitive and often intensely personal stories across multiple continents and landscapes, living confidently on the border between documentary and narrative styles. As a keen photographer, Charlie also brings a sharp visual edge to his directing style, transforming the stories he is telling with an aesthetic more akin to the world of cinema. His passion for socially conscious causes has seen him working with Refugees in Rome, Mental Health charities in Glasgow and ethical tea farmers in China, as well as with global brands such as airbnb, LinkedIn, Cancer Research and most recently Air China. Charlie’s award winning work has been called sensitive, human, emotional, authentic, but never hyperbolic or self important which is so often the case with similar work - his films retain a ‘down to earth’ quality that separates him from his peers and keeps agencies and brands coming back for more. Charlie is currently developing his first narrative short film. 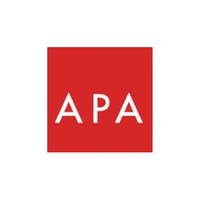 You’re not yet connected with Charlie