I am a photographer, content producer and educator, currently based in Hastings. I am known for my photograph's of London and it’s music culture and for her events and blogging. My activity includes talks, workshops & participatory projects, and installation. My work engages with themes of music, community, home, environment, multiculturalism and youth-culture. I have exhibited an installation titled “Who Wants A Rewind?” at Tate Modern (curated by Stance Podcast), had a solo show on Carnaby Street and group shows in London, Bristol, Sweden and NYC. My work has been published in places like Vice, Red Bull Music, Dazed, FACT and The Guardian. I frequently lecture and speak on Youth Culture, Photography, Grime Music and Event organisation at places such as UCLA LCC, Anglo Educational Services and DV8 Sussex. In 2018, I was invited by Youth Club Archive to talk about my music photography and related culture at the V&A and has previously participated in a UCL Urban Laboratory Workshop about creativity in the suburbs. My seminal blog Drumz Of The South was established in 2004 as a means to sharing photography, interviews and other information about South London music & culture, with an emphasis on the then newly emerging Dubstep scene. Seen and read by thousands of people around the world, the blog contributed to the growth of Dubstep from a small suburban music scene to a globally recognised genre. I frequently work on photography and visual communication with record labels including Keysound Recordings and Souljazz. I have written articles on music and culture for print publications in the UK, Portugal and France. I have facilitated community Photography, Photoshop, video and t-shirt making workshops for Deptford based charity Artefacts with under 16’s, Over 50’s and young people not in education or employment. From 2012-2015 I ran a community-focused cafe and venue programming a diverse range of music, art and ecology events, exhibitions and workshops with local artists, makers & groups as well as the wider community. This included an annual concentrated weekend programme of music, art and film as part of The Crystal Palace festival. Other public and participatory projects include Mapping The Palace - a project mapping local’s memories of Crystal Palace at a time of change in the area, The Free Cafe - a mobile cafe facilitating & recording on street conversations with the public about public space and an exploration into alternative economies via a bartering event. I have been a guest and/or featured on Radio Primavera Sound talking about my relationship to London music, harkaran.com, Time Out London, BBC Collective Sound of Dubstep documentary and Le Cool and consult on subjects such as photography of Pirate Radio Stations and zines and one-off publications about underground music. I am currently working with Youth Club Archive to ensure that the best of my music documentary work is publicly archived and as an independent photographer and artist locally and nationally. 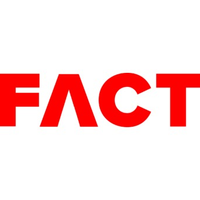 You’re not yet connected with Georgina