Jaha is a Director/Filmmaker who uses the camera to enter people’s worlds, giving them a platform for their voices to be heard through intimate portraits. Jaha has been creating documentaries, music videos and digital content, working with a variety of clients from charities to brands to deliver stories from around the world since 2011. Her films have successfully screened at leading international film festivals such as IDFA, DOK Leipzig, Planete Doc, Zanzibar International, Third Horizon Caribbean and leading art institution such as the Serpentine and Barbican. In 2015 her short film Unify was featured in the hour-long documentary Life Through My Lens which was broadcasted on BBC 3 Fresh. Jaha co-directed, her first feature film and four 15min short docs for Punch Records & The Arts Council. Travelling to Suriname, Senegal, Dominica and Jamaica following four acclaimed British musicians returning to their cultural roots to create and produce new music. The film was broadcasted on London Live and now sits on the BFI Player. Jaha's recently Directed a short documentary with the Roundhouse, which will air early this year on BBC3. 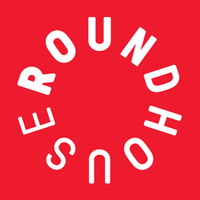