Janet is the founder of Mediathirsty, an award-winning filmmaker experienced writing and directing short independent films. Janet is a filmmaker particularly passionate about featuring diverse ethnicities on film. She has completed her second independent short CLEARING that addresses the universal theme of aspiration, starring BAFTA-nominated Jasmine Jobson from Netflix’s Top Boy, which is set to tour the international festival circuit. Her first short KINDRED is a beautiful and heart-warming social drama of Esther, a UK woman of Nigerian heritage facing up to family challenges. The story addresses the difficulty experienced by ethnically diverse patients needing matching bone marrow donors. KINDRED received a Gold REMI Award at the Houston International Film Festival and appeared on the winners list for the People of Color: The International Cultural Exchange, New York. and has screened at international festivals in the UK, Africa & USA. Janet’s work crosses independent and commercial storytelling. Feel free to get in touch with Mediathirsty for indie and commercial projects. 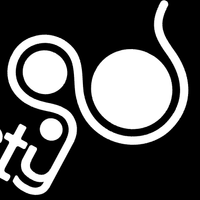