A graduate of the University of Southern California's Annenberg School of Communications in Los Angeles, I currently work as a Media Consultant and Writer - working internationally in the Entertainment and PR field since the late 1990s. I started my career working firstly for Hollywood PR legend Michael Levine in Los Angeles, Following that I worked for one of the UK's most powerful players in Publicity the Outside Organisation's CEO and PR Guru Alan Edwards. I am currently a Media Consultant, Producer, Publicist and Brand Manager under the Epegamedia banner, also work has included a stint as a host on The Hollywood London Show for L.A. Talk Radio in Los Angeles and an Entertainment News Contributor for outlets that include CNN Showbiz, the Huffington Post, The Luxury Channel and HollywoodLondon.tv. She is currently developing a TV show for the US and working on a number of movie projects. 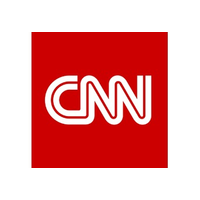 You’re not yet connected with Jay