• Previously, I held a position as a Graphics/Web Designer for the ZKM, Center For Art And New Media. I was responsible for creating multiple affiliate web sites and maintaining transitional graphics on the ZKM site. I have also spent two years producing several e-commerce sites as the Chief Graphics/Web Designer for Best Diamond Value, in New York. The position involved design and production of the corporate web site (including spin off sites), creating & distributing mass email newsletters. My range of skills include the following: Adobe Photoshop, Adobe Illustrator, Macromedia Dreamweaver, MS Word/Excel, as well as HTML. • In addition to my skills as a web designer, I have an extensive background in painting. I have participated in the BP Portrait Award at the National Portrait Gallery in 2004, 2007 – 2010, 2017 and continue to practice art on a daily basis. 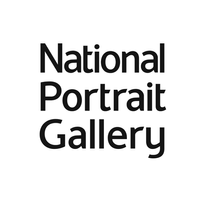 Artist of the Year 2008 Competition