Veronica is a multi-disciplinary artist and entrepreneur that is driven by music, social change and artistic expression. Pursuing her various passions, she decided to stop conforming and be the true a game-changer she is. She has now founded two start-ups in London, that aims to support womxn in the creative industries as well as creating social change and challenging norms by transforming the narrative of talented womxn & gender non-conforming individuals, who exist and continue to thrive in spaces where they are outnumbered. Veronica has spoken and performed at KarmaKlubb Oslo (Norway), Golden Jar Bergen (Norway), Tate Britain, Institute of Contemporary Arts, Royal Academy of Arts and was a former artist in resident with the all female events collective Resis'Dance at Somerset House Studios. Furthermore, her own work, UNMORALITY, has been showcased and nominated during the Super Short London Film Festival in 2019 at the BFI, London. 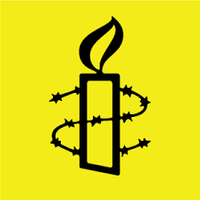 University Of the Arts, Utrecht