I believe that the way to stay ahead is to keep your eyes firmly on the future hence I've been driving and delivering business change for 20 years. I've successfully built three world class businesses: Dare which won agency of the decade in 2010; Lost Boys one of a generation of start-ups that redefined the social marketing industry; and Sunshine which is challenging the divide between entertainment and advertising. I'm at my best when being an influencer for change in the creative industries. I'm passionate about technology and the positive disruption it can cause and co-founded Innovation Social 4 years ago - an affiliation of Innovation leaders that are driving the innovation agenda forward. Secondly, I view Diversity as critical to business success and co-founded Millennial Mentoring and The Great British Diversity Experiment (www.thegreatbritishdiversityexperiment.com), both which seek to drive diversity in communications. In December 2016 I co-founded ChristmasSOwhite which drove global attention to the lack of diverse imagery in Christmas communications. I'm on the Executive Committee of the British Interactive Media Association (BIMA) as the chair of their Diversity Committee, on the Advisory Council of the London Philharmonic Orchestra and is a regular judge, speaker and writer for multiple magazines, newspapers and organisations. I was named a Hot100 by BIMA two years in a row as well as a Hospital Club 100. You can follow me on @NadsBads or read my opinions on www.innovationdisorder.com 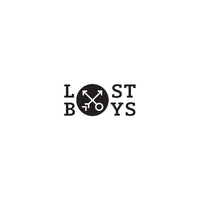 You’re not yet connected with Nadya