Oli’s led teams at a raft of digital hot shops and big hitting creative agencies, spending over 10 years as an Art Director at BBH before co-founding made by blah™ in the summer of 17. Along the way he’s created TV campaigns, brand identities, websites and innovative digital experiences for the likes of Nike, giffgaff, Google, Ray-Ban, asos, Levi’s, Burberry and Beats by Dr Dre. His west country piratical twang has worn thin but he’s cultivated a hairstyle to rival Kurt Russell. He's animated for the Mr Men TV series, created Google’s first UK TV ad, worked with Aardman and on a BAFTA winning film. His accolades include D&AD Pencils (including a first for digital and mobile), as well as numerous awards at Cannes, Webby and FWA. 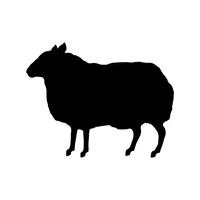