From a humble beginning running in Soho digital post-house Molinaire, I now bring over a decade of long and short-form production experience to any company from the world of broadcast, digital, design and advertising. I’ve produced and directed award-winning campaigns for some of the UK’s biggest broadcasters, worked with an International team of creatives across several European languages, whilst maintaining the strong brand ethos for any company I’ve been lucky enough to work with. Quickly acknowledging the rapidly changing online landscape, I was keen to work on the front line and left broadcast to begin working for Across the Pond – a Google Creative Lab EMEA partner. For just over two years I was an executive producer for them working alongside google and youtube producing major campaigns, not just in Europe but worldwide. Whilst there I was fortunate enough to work with some of the most intelligent people in the industry and on some incredibly cool projects. Notable highlights being The World Wonders Project – which gives access to the world’s heritage sites, Google Science Fair – the world’s largest online Science Competition plus directing and interviewing Michael Fassbender for YouTube’s Your Film Festival. He told me he liked my beard – a career highlight. My approach is simple: to collaborate with the best in order to create work on-budget and on-time that gets talked about. When not producing I love to run long distances, play my guitars, read plenty of books and take a lot of photographs. 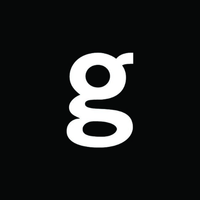 Gold - Best Use of Sound Design